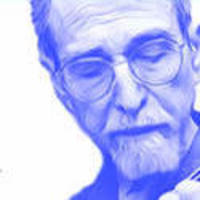 Latino Studies is pleased to announce that

Dr. María Josefina Saldaña-Portillo
Professor, Department of Social and Cultural Analysis and the
Center for Latin American and Caribbean Studies at NYU

will give the
2019 Américo Paredes Distinguished Lecture

“The Violence of Citizenship in the Making of Refugees: The U.S. and Central America”

The Central American refugee crisis has been aggravated by the Trump administration policies but this administration certainly did not precipitate it. This presentation examines first the determinant role U.S. policy played—and continues to play—in the violence that has sent tens of thousands of refugees to the U.S.-Mexico border, showing how Carl Schmitt’s friend-enemy distinction has repeatedly been used to represent Central Americas as the existential enemy. From Ronald Reagan through Bill Clinton, administrations crafted policies toward the Central America enemy, directly creating the gang violence in the Northern Triangle. In this talk, Saldaña-Portillo will first consider if the cost of security for the U.S. citizenship is borne by the insecurity of Central American citizenship. She will then proceed to analyze fictionalized accounts drawn from the testimonies of women held in detention at Dilley, Texas. The reasons for their flight elucidate the particular ways in which gang violence against them and their children is gendered, showing how heteropatriarchy is decisive in both maraviolence, and ICE and Border Patrol response to that violence, as evidenced in the experience of these women and their families.

María Josefina Saldaña-Portillo is a Professor with the Department of Social and Cultural Analysis (SCA) and the Center for Latin American and Caribbean Studies (CLACS) at NYU. During her time in SCA, she has served as the Director of Undergraduate Studies, the Latino Studies Program, and the Gender and Sexuality Studies Program. She received her B.A. from Yale University in the English major, and her doctorate from Stanford University in the interdisciplinary Modern Thought and Literature Program. Saldaña-Portillo's latest book, Indian Given: Racial Geographies across Mexico and the United States (Duke UP 2016),has received several awards, including the 2019 Casa de Las Americans Literary Prize for "Estudios sobre los Latinos en los E.E.U.U."; the 2017 John Hope Franklin Book prize for the most outstanding book published in American Studies; and the 2017 NACCS Book Award for an outstanding book in Chicana & Chicano Studies. Indian Given compares racial formations in Mexico and the U.S. from the colonial period to the present through historical, discursive, and textual analysis of the figure of the indio bárbaro. In 2015, Saldaña-Portillo co-edited Des/posesión: Género, territorio, y luchas por la autodeterminaciónwith Marisa Belausteguigoitia Riuson indigenous women's leadership roles in the global struggle to defend their territories (UNAM).In her first book, The Revolutionary Imagination in the Americas and the Age of Development, Saldaña-Portillo analyzed the discursive complicity between Central American and Mexican revolutionary movements and economic development discourse to elucidate the failure of these movements to understand their constituencies (Duke 2003).She has published over twenty-five articles in U.S. and Latin America on revolutionary subjectivity, subaltern politics, indigenous peoples, racial formation, migration, and Latin American and Latino cultural studies. She is currently working on her next monograph, NAFTA, Narcos, and Migration: How Free Trade Brought Us the Drug Economy and Its Refugees,which investigates multiple connections between free trade and the drug trade that have flourished in the aftermath of the North American Free Trade Accord in 1994; the last twenty years of U.S. deportation policy and its impact on Central America; and the contradictions between liberal citizenship and refugee policy in the era of globalization. This includes an exploration of the integral role that gendered labor and gender violence play in drug trafficking and narco economies of value. She is also Chairwoman of Coalición Mexicana, a New York City immigrant rights organization, and a volunteer and expert witness for Central American asylum cases with immigration legal aid agencies internationally.