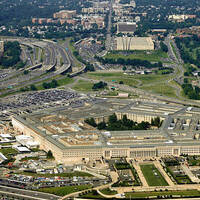 On Monday, Oct. 21, The McCombs School of Business, the Clements Center and Strauss Center will host "A Conversation with Jay Gibson on Bringing Business Practices to the Pentagon." This talk will be held in the Crum Auditorium at Robert B. Rowling Hall.

John "Jay" Gibson is the former Chief Management Officer (CMO) of the United States Department of Defense. Prior to serving as CMO, Gibson served as the Deputy Chief Management Officer for the Defense Department from November 2017 to February 2018. He has been chief financial officer, chief operating officer, and managing director for several companies including a national consulting group. Gibson previously served as Deputy Under Secretary of Defense for Management Reform and as Assistant Secretary of the Air Force (Financial Management & Comptroller). He is a former University of Texas at Austin alumnus.