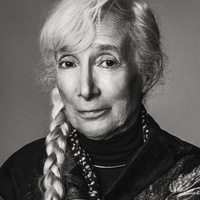 A Conversation with Renata Adler: journalist, film critic and author

Award-winning journalist, experimental novelist, and film critic Renata Adler will join Department of Radio-Television-Film Chair Noah Isenberg in conversation. The event is free and open to the public.

Known for her analytic essays and reviews for The New Yorker magazine and for her 1986 book that investigates the news media, Adler was educated at Bryn Mawr (Pennsylvania) College, the Sorbonne, and Harvard University. From 1962 to 1968 and from 1970 to 1982, she was a staff writer-reporter for The New Yorker. Essays and reviews she wrote there are collected and published as Toward a Radical Middle: Fourteen Pieces of Reporting and Criticism (1969). From her single-year tenure as film critic for The New York Times came a collection of reviews published as A Year in the Dark: Journal of a Film Critic, 1968–69 (1970). Adler then turned to writing short stories, some of them published under the pseudonym Brett Daniels in The New Yorker, Vanity Fair, and other periodicals.

In 1974. Adler won first prize in the O. Henry short-story awards competition. She reworked previously published short fiction into Speedboat (1976), her first novel, for which she won the Ernest Hemingway Prize (1976) for best first novel. Set primarily in New York City, Speedboat consists mainly of a series of disparate sketches and vignettes of impressions, musings, and slices of life, all distilled through the ironic and often detached sensibility of the protagonist Jen Fain. Like Speedboat, Adler’s second novel, Pitch Dark (1983), is episodic and nonlinear.

After graduating from Yale Law School, Adler also wrote the nonfiction work Reckless Disregard: Westmoreland v. CBS et al., Sharon v. Time (1986), an investigation into libel suits brought by American and Israeli generals against major American news organizations. She also published Irreparable Harm: The U.S. Supreme Court and the Decision that Made George W. Bush President (2004) and several collections of essays, including Politics and Media (1988), Canaries in the Mineshaft (2001), and After the Tall Timber (2015).

Sponsored by the Moody College, Department of Radio-Television-Film and School of Journalism.