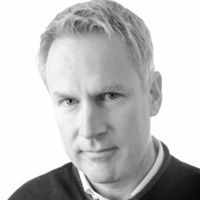 A Talk by John Moore, Pulitzer Prize-Winning Photojournalist, and 2019 World Press Photo of the Year Nominee

The Moody College of Communication will host Pulitzer Prize-winner and UT alumnus John Moore in a discussion about his recent book Undocumented: Immigration and the Militarization of the United States-Mexico Border, which highlights ten years of Moore's photojournalism on the issues of immigration and border security.

His 2018 image “Crying Girl on the Border” was recently nominated for World Press Photo of the Year, and for good reason. “Sometimes, an image breaks through and captures the essence of a story that we've all been hearing about,” writes NPR’s Lulu Garcia-Navarro. That image is of 2-year-old Honduran Yanela Sanchez as she watches her mother being taken into custody by a U.S. Border Patrol agent. Public outcry over this practice of separating families, even those seeking asylum, prompted a reversal of the policy.

John Moore is a special correspondent for Getty Images and has been a professional photojournalist for more than 25 years. He has traveled and worked in 70 countries on six continents and was posted internationally for most of his career, first to Nicaragua, then India, South Africa, Mexico, Egypt and Pakistan. Since returning to live in the United States, he has primarily focused on immigration and border issues.

Moore has won top awards throughout his career, including the 2005 Pulitzer Prize for Breaking News Photography as part of his Iraq War team coverage. He has also received World Press Photo honors, the Robert Capa Gold Medal from the Overseas Press Club and Photographer of the Year from Pictures of the Year International.

Moore is a 1990 graduate of the University of Texas at Austin, where he studied Radio-Television-Film. He lives with his family in Stamford, Connecticut.

#photojournalist, Undocumented: Immigration and the Militarization of the United States-Mexico Border, "Crying Girl on the Border"