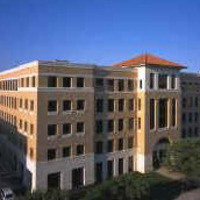 The first part of the Good Systems: Acoustic Surviellance & Big Data Series. This event will ask participants what social and personal values are at play in given scenarios involving sound and voice recording and what concerns they have in terms of potential ethical or policy issues.

Leonardo Cardoso is an assistant professor and a Crawley Faculty Fellow at Texas A&M University. His work explores sound-making and auditory practices as avenues for studying the government. Cardoso’s first book, Sound-Politics in São Paulo (Oxford University Press, 2019), is an ethnographic study of urban noise in the most populous city in Brazil, the Western Hemisphere, and the Southern Hemisphere. He is currently working on a second book, titled State Acoustics in Brazil. This project continues the study of sound-politics as an analytical paradigm. It focuses on the mechanisms through which the Brazilian state has deployed sounds for propaganda, crime control, forensic evidence, and political negotiation. In 2018, Cardoso was a Visiting Scholar at the Centre de Sociologie de l’Innovation at ParisTech (the birthplace of actor-network theory). He was awarded the Program in Latin American Studies Fellowship at Princeton University and the Max Planck Institute Research Fellowship in Berlin.

Office of the Vice President for Research, Good Systems