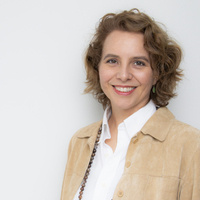 Art, Media and the Digital Dumpster Fire: A Talk with Rainey Knudson

Rainey Knudson, the founder of the Texas online art magazine Glasstire, recently announced that she will be stepping down as publisher in 2019 after more than 18 years in the job. In her new lecture, she tells the story of Glasstirefrom its origin as a scrappy startup in 2000, to becoming a leading art journal nationally. She includes the juicy bits: brushes with libel law, scrapes with dealers and artists, and at least one death threat. She considers how online journalism and the role of the critic have changed, and the lessons she's learned from following Glasstire'stagline, Go See Some Art.

Trained in literature and entrepreneurship, Rainey Knudson is the founder and publisher of Glasstire, which is the oldest online-only art magazine in the country. She named the magazine as an homage to an artwork by Robert Rauschenberg, who was originally from Port Arthur. Rainey bought the glasstire.com domain in 2000 for $35, and built the original website. Today, Glasstirehas an annual budget of over half a million dollars and a staff of eight. Its archive of 36,000 articles and events chronicle nearly two decades of the Texas visual art scene. Rainey recently announced that she will be stepping down as Publisher of Glasstirein mid-to-late 2019. She has spoken or written about arts journalism at Rice University, Emory University, the USC Annenberg School, the El Paso Museum of Art, College Arts Association, the National Endowment for the Arts, among others. She has also spoken about caregiving at Houston Methodist Hospital. She lives in Houston.