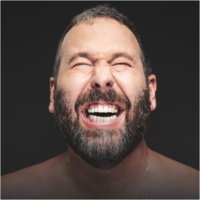 Bert Kreischer brings The Berty Boy Relapse Tour to Bass Concert Hall on December 2.. Described as having a “rare and incredible talent” (Interrobang), Bert has evolved from being named Rolling Stone’s 1997 "Number One Partier in the Nation" to one of the top names in comedy. Lauded as one of the best storytellers of his generation, Bert seamlessly and sincerely shares anecdotes about his family and fatherhood while showing his ability to prove “that there’s a way to take his [party-boy] antics into middle-age,” (Forbes).