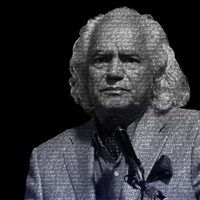 Beyond Borders: An Evening with Bahman Maghsoudlou

Film scholar and critic Bahman Maghsoudlou is the recipient of Iran’s prestigious Forough Farrokhzad literary award for writing and editing a series of books about cinema and theater. As a producer Maghsoudlou’s films have been selected for more than 100 major film festivals and garnered many awards. Maghsoudlou is currently producing and directing a feature-length documentary on The Life & Legacy of Mohammad Mossadegh. Maghsoudlou’s latest book, following such well-received titles as Iranian Cinema, Love & Liberty in Cinema and This Side of the Mind & the Other Side of the Pupil, is Grass: Untold Stories, a definitive account of the making of Grass: A Nation’s Battle for Life, the groundbreaking documentary filmed by Merian Cooper, Ernest Schoedsack and Marguerite Harrison in Iran in 1924. He is a member of PEN American center. A graduate in cinema studies from the City University of New York with a PhD from Columbia, Maghsoudlou lives in New York.

Join us for a screening of Razor’s Edge: The Legacy of Iranian Actresses The History of Iranian Cinema, a film written, directed and produced by Dr. Maghsoudlou with a Q&A to follow.