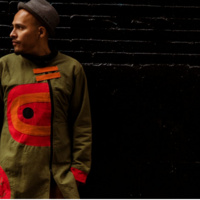 Poet and rap / hip hop artist Bocafloja (aka Aldo Villegas) gives a performance followed by a Q&A with T-Kay Sangwand (Hip Hop Hooray / KOOP Radio, Benson Latin American Collection). Race relations, decolonial narrative, and the African diaspora in Latin America are among the topics addressed in this scholar/poet's body of work.This event is part of the 2015 Lozano Long Conference. To learn more about the conference, visit http://www.utexas.edu/cola/insts/llilas/events/conferences/2015-Lozano-Long.php.

Bocafloja is founder of the Quilomboarte collective. His five albums include Patologías del Invisible Incómodo, his most awarded musical project. Through his international touring roster, Bocafloja has become one of the most revered icons in the Spanish-speaking Hip Hop communities. He is the author of the book ImaRginación (2008), followed by Prognosis. Bocafloja is recognized in Mexico as one of the first Hip Hop artists to effectively utilize cultural production as an alternative tool to stimulate critical thinking, developing a divergent form of political participation coherent with the experience of marginalized youth. He has performed in festivals, clubs, and cultural centers in more than 15 countries worldwide and has shared the stage with some of the most important and influential artists on the international Hip Hop scene. Bocafloja lives and works in New York City.