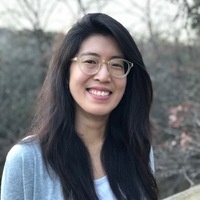 The “enlightenment” (kaehwa) in early modern Korea was entwined with Protestant Christianity, industrial capitalism, and the Westernization of Korea’s social, political, and educational institutions. One of the earliest Korean converts to Protestant Christianity, Yun Ch’i-ho (1864–1945) was a seminal figure in the Korean intelligentsia which spearheaded this movement to “modernize” Korea. This talk examines Yun’s posthumously published diaries, which provide an intimate portrait of Yun’s turn to Christian theology to make sense of Korea’s position in a changing world order. Yun’s diaries reveal that his religious conversion was also an ethical and political conversion—an embrace of the American doctrine of self-reliance. By undertaking a critical reading of Yun’s writings, this presentation addresses the following question: How exactly did Protestant Christianity reconfigure one’s sense of ethical and political subjectivity amid the global rise of industrial capitalism and Western liberalism in turn-of-the-century Korea?

Dr. Hannah Amaris Roh is a cultural critic and essayist. She received her PhD in philosophy of religions from the University of Chicago Divinity School. As the 2020 Fellow for the Sacred Writes program at Northeastern University, Dr. Roh has written on the intersection of religion, race, gender, and capitalism in modern Korea. She is currently working on her first book, Christianity, the Sovereign Subject, and Ethnic Nationalism in Colonial Korea (forthcoming with Routledge Books), as a Visiting Scholar in the Department of Asian Studies at UT Austin.

This event will be held on Zoom and is open to the public.