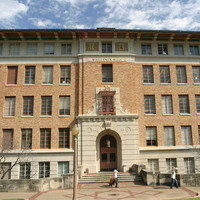 "Borderlands Violence and the World of American Science"

Prof. Cameron Strang  (University of Nevada, Reno) will discuss the roots of early American science. Science arose not only in the learned societies, museums, and teaching halls of the Northeast. Instead, Prof. Strang will focus on how knowledge about the natural world was produced in the context of competing empires and an expanding republic in the Gulf South. People often dismissed by starched northeasterners as nonintellectuals -- Indian sages, African slaves, Spanish officials, Irishmen on the make, clearers of land and drivers of men -- were also scientific observers, gatherers, organizers, and reporters. Skulls and stems, birds and bugs, rocks and maps, tall tales and fertile hypotheses came from them. They collected, described, and sent the objects that scientists gazed on and interpreted in polite Philadelphia.