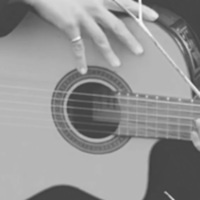 LLILAS Benson Latin American Studies and Collections is proud to present “Cantos y Cuentos: An Evening with Tish Hinojosa and Lourdes Pérez” for the 17th annual ¡A Viva Voz! Celebration of Latina/o Arts and Culture. In “Cantos y Cuentos,” San Antonio native Tish Hinojosa and Puerto Rican–born Lourdes Pérez will share the stage for song and conversation, giving the audience a front seat to the stories and histories behind each composer’s music, and glimpse of a friendship that spans many years.

One of 13 children born to immigrant parents, Hinojosa has made the Southwest a focal point for her songwriting in English and Spanish, in styles ranging from Tejano to singer-songwriter folk, border music, and country. In a career spanning more than three decades, she has toured extensively in the U.S. and Europe, and recorded as an independent artist for major record labels. The Benson Latin American Collection is the repository for Hinojosa’s archive. Hinojosa was an invited performer at the White House at the invitation of President Bill Clinton and then First Lady Hillary Clinton.

When she began touring in the early 1990s, Lourdes Pérez was one of the only out Latina lesbians in the music world. Known for her soulful contralto voice, she takes on difficult topics in her songs, such as war and social justice, but also pens beautifully crafted lyrics on a range of topics. Pérez’s performances have taken her to war zones and contested areas such as Chiapas and Palestine, and she has collaborated onstage and off with songwriters and performers in those areas and others, including translating lyrics from Arabic into Spanish. In 2006, Pérez was one the first five artists in the US to be awarded a United States Artists Fellowship for Music, naming her "one of the finest living artists in the country.”

A reception will follow the performance. RSVP requested at http://attend.com/avivavoz17.