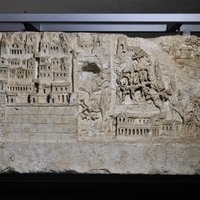 Roman cities were demarcated by a variety of boundaries. Some of these urban boundaries were material and highly visible, for example the city wall; some were only visible at intervals and indicated by stone markers, while others were completely invisible.  This paper focuses on how these boundaries not only physically influenced the urban landscape, but also how they had an impact on human behavior, the use of space and the development of cities. It further addresses the borderland of Roman cities, an important interactive zone at the city’s edge, and analyses its role in the urban landscape. The urban borderland was an area where the urban and non-urban mixed and interacted, and as a product of the city itself, it reflected its local political, social and cultural conditions.

Saskia Stevens is assistant professor in Ancient History and Classical Civilisation at Utrecht University, the Netherlands. She studied Classics at the Radboud Universiteit Nijmegen, with a specialisation in Classical Archaeology. She subsequently took a Master of Studies in Classical Archaeology at the University of Oxford, where she also obtained her doctorate. Her doctoral thesis titled City Boundaries and Urban Development in Roman Italy was published as a monograph in 2017 by Peeters (Leuven). She is presently starting up a new research project that focuses on the frontiers of the Roman Empire in the current Netherlands, the Lower German Limes, and in particular on the function of that frontier as a cultural contact zone.