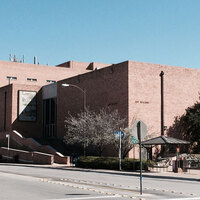 Constructing the American School: A Lecture with Art History Professor Susan Rather

What did it mean to be an artist in the 18th- and early-19th-century Anglophone world, and how did artists come to be regarded as professionals distinct from artisan makers? Susan Rather previews her upcoming talk as winner of the 2018 Charles C. Eldredge Prize for Distinguished Scholarship in American Art. Recognized for The American School: Painters and Status in the Late Colonial and Early National Era, Rather addresses how she came to this project and how it developed, as well as the benefits of mining even the most familiar or the slightest textual evidence. Following brief consideration of well-known painters (Copley, West, and Stuart) who successfully engineered their own legacy, the lecture focuses on the necessity, challenges, and rewards of restoring non-elite painters to the narrative of American art at its beginnings. Susan Rather is Professor of Art History in the Department of Art and Art History, University of Texas at Austin. Her 2016 book The American School received the Eldredge Prize from the Smithsonian American Art Museum, the New England Society Book Award for Art, and was short listed for the William MB Berger Prize for British Art History The project developed with grant support from the National Endowment for the Humanities, Crystal Bridges Museum of American Art, Winterthur Museum, the American Council of Learned Societies, Yale Center for British Art, Massachusetts Historical Society, and The University of Texas. Rather holds a Ph.D. from the University of Delaware and, at the outset of her scholarly career, engaged issues of modernism in early-twentieth-century American and European sculpture, culminating in Archaism, Modernism, and the Art of Paul Manship (1993).