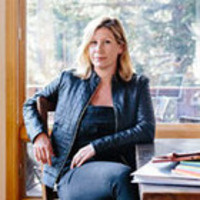 Covering Cybersecurity in an Era of Never-ending Attacks

On Wednesday, February 5, 2020, the Strauss Center and the School of Journalism are pleased to welcome Nicole Perlroth, a cybersecurity reporter at The New York Times, for a talk on "Covering Cybersecurity in an Era of Never-ending Attacks" as our first "Journalist in Residence" for the Strauss Center's Journalism and World Affairs program. For more than a decade, Nicole Perlroth has covered cyberattacks as they morphed from for-profit cybercriminal attacks, to nation state espionage, surveillance, and physical destruction. She has embedded with security teams as the Chinese military hacked The Times' own networks, covered the encryption battles between government and technology companies, and the escalation of Iranian attacks from basic web defacements and denial-of-service attacks to destructive attacks that destroyed data on tens of thousands of computers and servers at the world's richest company and its largest casino-- attacks that would later offer North Korea a playbook for its 2014 attack on Sony Pictures. In this talk, Perlroth will discuss how the cyber threat landscape has changed over the past decade, the challenges she faces in covering an escalating cyber arms race between the United States and Russia as we head into the 2020 election.

Nicole Perlroth covers cybersecurity at The New York Times. She is the recipient of several journalism awards for her reporting on efforts by the Chinese government to steal military and industrial trade secrets. Her profile, written for The Times, of a security blogger was optioned by Sony Pictures. Her discovery of Chinese military hackers in a dusty backroom office server in a Wisconsin welding shop was optioned for a television series by The Weinstein Company.

A Bay Area native, Ms. Perlroth covered venture capital at Forbes Magazine before joining the Times in 2011. She is the author of the forthcoming book “This Is How They Tell Me The World Ends” with Penguin/Portfolio. She is a guest lecturer at the Stanford Graduate School of Business and a graduate of Princeton University and Stanford University.