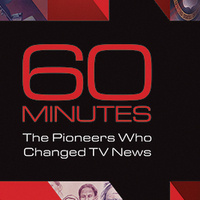 The Briscoe Center proudly presents The Pioneers Who Changed TV News, an exhibit on the evolution of news media that focuses on archives related to the pathbreaking show 60 Minutes.

Conceived as a “a kind of magazine for television,” 60 Minutes has become one of the most important, and at times controversial, news programs in American history. Known in the industry as a “producer show,” each correspondent worked with a team of researchers and producers responsible for multiple stories. The Briscoe Center houses the archives of producers, researchers, and correspondents connected with the show, including Marion Goldin, Morley Safer, Andy Rooney, Phil Scheffler, Joe Wershba, Harry Reasoner, and George Crile III.

These archives reveal the ideas, process, and perspectives of multiple news teams over a 50-year period, as revealed through artifacts, scripts, photographs, personal notes, and correspondence. Some of television news media’s most well-known investigations are featured, including “What Really Happened at Tonkin Gulf?” (1978) and “Charlie Did It” (1988). Other cutting-edge episodes include “Guns” (a 1977 two-part special on the National Rifle Association), “Heroin” (1972), and “Leon Jaworski” (1976), which involved an exclusive interview with the Watergate special prosecutor, who expressed dismay at what he had discovered during the investigation.

The Pioneers Who Changed TV News was made possible by the generosity of the Marion Goldin Charitable Gift Fund. It will be on display until Dec. 21, 2018.