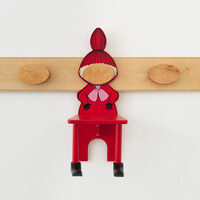 Lisa Lapinski’s indelible practice is informed by a wide-ranging cultural milieu that juxtaposes imagery from popular culture, such as characters from children’s books and animated series, with forms taken from graphics, turn-of-the-century advertisements, and religious symbols. Working with semiotics in particular—the study of signs, symbols, and the interpretation thereof—her investigations result in sculptures and two-dimensional works that are an amalgamation of symbols, patterns, and imagery culled from an array of sources. Lapinski’s works are therefore both strikingly familiar and enigmatic. This incongruency imbues her objects with a strange, unresolved appeal that is reflected in their conceptual malleability. This lack of fixity is freeing, allowing for ideas and forms to cross-pollinate within a single work, or cluster of works, whereby the significance is determined by the viewer.

Drunk Hawking is a survey of Lapinski’s expansive practice to date, incorporating over twenty-five key works from the late 1990s to the present. Installed together, the relationships between distinct objects and ideas produced over her career are illuminated in new ways, underscoring the artist’s interest in repurposing and reconfiguring works from her oeuvre. These recurrences elucidate the diverse and nuanced facets of Lapinski’s practice across time.