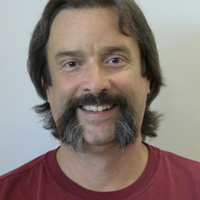 Join us for a talk with anthropologist John Hartigan. Hartigan is Director of the Américo Paredes Center for Cultural Studies at the University of Texas, Austin. His most recent book, Care of the Species: Races of Corn and the Plant Science of Biodiversity, reports on maize genetics research in Mexico and features techniques for how to interview plants. Hartigan is also author of Aesop’s Anthropology (University of Minnesota Press, 2014), which reflects on multispecies dynamics broadly, theorizing culture across species lines, principally by considering nonhuman forms of sociality. Hartigan’s other books include Racial Situations: Class Predicaments of Whiteness in Detroit (Princeton, 1999), Odd Tribes: White Trash, Whiteness and the Uses of Cultural Analysis (Duke, 2005), What Can You Say? America’s National Conversation on Race(Stanford 2010). He also edited Anthropology of Race: Genes, Biology, and Culture (2014). Hartigan regularly posts on multispecies relations at @aesopsanthro