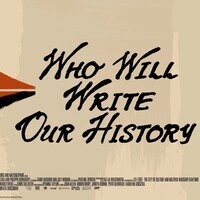 Film Screening and Discussion: "Who Will Write Our History" (US, 2018)

When we will screen the film “Who Will Write Our History” followed by a post-screening discussion from UNESCO Headquarters in Paris with Director/Producer Roberta Grossman, Executive Producer Nancy Spielberg, and author Sam Kassow will be moderated by Stephen Smith, Executive Director of USC Shoah Foundation.

This event is free and open to the public. Tickets are free but seating is limited so please register for this event:
https://www.eventbrite.com/e/film-screening-and-discussion-who-will-write-our-history-tickets-53590656095

In November 1940, days after the Nazis sealed 450,000 Jews in the Warsaw Ghetto, a secret band of journalists, scholars and community leaders decided to fight back. Led by historian Emanuel Ringelblum and known by the code name Oyneg Shabes, this clandestine group vowed to defeat Nazi lies and propaganda not with guns or fists but with pen and paper. They detailed life in the Ghetto from the Jewish perspective. They commissioned diaries, essays, jokes, poems and songs. They documented Nazi atrocities with eyewitness accounts. They sent reports of mass murder to London via the Polish underground. Then, as trains deported them to the gas chambers of Treblinka and the Ghetto burned to the ground, they buried 60,000 pages of documentation in the hopes that the archive would survive the war, even if they did not.

Now, for the first time, the story of Emanuel Ringelblum and the Oyneg Shabes archive is told as a feature documentary. Written, produced and directed by Roberta Grossman and executive produced by Nancy Spielberg, Who Will Write Our History mixes the writings of the archive with new interviews, rarely seen footage and stunning dramatizations to transport us inside the Ghetto and the lives of these courageous resistance fighters. Featuring the voices of three-time Academy Award nominee Joan Allen and Academy Award winner Adrian Brody, the film honors the Oyneg Shabes members’ determination in creating the most important cache of eyewitness accounts to survive the war. It follows their moments of hope, as well as their despair, desperation and anger, sometimes at their fellow Jews as much as their Nazi captors. It captures their humor, longing, hunger and their determination to retain their humanity in the face of unspeakable hardships. And ultimately, through their voices, actions and real-time experiences, Who Will Write Our History vanquishes those who distort and dehumanize the “Other” in favor of those who stand up, fight back and, as one Oyneg Shabes member writes, “scream the truth to the world.”


Learn more about the film: http://whowillwriteourhistory.com/about-the-film/

Free, but registration is required.