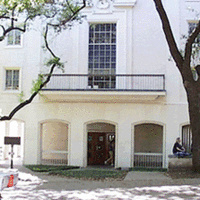 In Turkish with English Subtitles

The ordinary women of an ordinary neighborhood have never been this provocative! When the women each try to cheer up psychologist Eylem, a newcomer to the building recently dumped by her boyfriend, nothing will ever be the same! And that goes double for the men in their lives! Meet Vartanus, who’s devoted her life to her bedridden father; Goncagül, who realizes that her Mafioso lover will never marry her; Gülnur, who’s resigned herself to daily beatings as long as her husband doesn’t touch the kids; Tülay, who’s shattered every time her mother gets beaten; hairdresser Füsun, who tends to look at things on the bright side… These are the women who transport first Eylem, then themselves and, finally, perhaps every woman in the country, to the “Kurtulus Son Durak”. Our heroines adopt one unwavering principle: “To oppose all forms of violence!” A dark comedy that’s rose-tinted, provocative and fantastic… (Boston Turkish Film Festival)