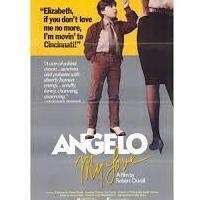 The film is based on the lives, feuds, rivalries, and dreams of a group of New York Roma - and Duvall recruited Romanies to play themselves. His inspiration for the movie came when he saw a young boy named Angelo Evans arguing with a much older woman on a Manhattan sidewalk. Duvall liked his chutzpah and thought Angelo belonged in the movies. Though the film has its share of Gypsy stereotypes, overall it is a rich and often sympathetic pastiche of urban Romani American life.
Presented by Martina Mitchell and Ph.D. student Mariana Sabino

free! pizza and refreshments will be provided