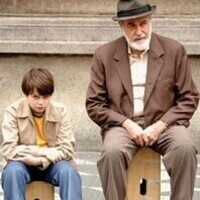 Film: "The Year My Parents Went on Vacation"

Screening of the Brazilian Jewish Film "The Year My Parents Went on Vacation," dir. Cao Hamburger (2006)

As part of our series on Jewish Film from Latin America, the Gale Collaborative on Jewish Life in the Americas and the University of Texas Libraries will be screening the 2006 Brazilian film "The Year My Parents Went on Vacation."

The year is 1970, the place is Brazil during the World Cup soccer games, and we meet the young Mauro as he is swept away from his secular home to live in his grandfather's traditional Jewish community in São Paulo. His parents tell him that they are going on vacation while in reality they are fleeing the dictatorship responsible for the disappearance and deaths of many activists and others. This film offers comedy, a glimpse of Jewish life in Brazil, a coming-of-age story, social commentary, and plenty of soccer.