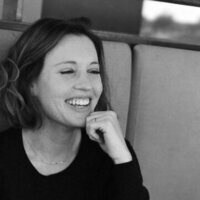 Ancient Jews disagreed about whether and how gentiles could access the Jewish god and people, and they often retold inherited sacred stories to negotiate boundaries in their own present. This talk addresses how the ancient romance known as Joseph and Aseneth intervenes in such debates by moving a female character in Genesis from obscurity to renown as a mythic mother and mediator of Israel’s covenant to outsiders.

Jill Hicks-Keeton is an Assistant Professor of Religious Studies at the University of Oklahoma. She is the author of Arguing with Aseneth: Gentile Access to Israel’s Living God in Jewish Antiquity (Oxford University Press, 2018) and numerous academic articles. She co-edited The Ways that Often Parted (SBL Press, 2018) and has written for the online journals Religion & Politics and Ancient Jew Review. Hicks-Keeton is a 2018 recipient of the Society of Biblical Literature Regional Scholar Award and is currently serving as a Humanities Forum Fellow and a Risser Innovative Teaching Fellow at OU. She is now working on a book entitled Who Owns the Bible? (under contract with Cambridge University Press) that analyzes the recently-opened Museum of the Bible in Washington, D.C. Follow her on Twitter @JillHicksKeeton.

Co-sponsored by the Department of Religious Studies and the Schusterman Center for Jewish Studies.