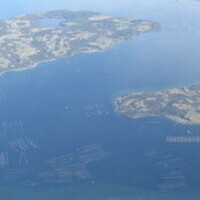 Geography Colloquium: "Mapping commodity regions – challenges when data “is not there” but people is… the case of the salmon region in Chile"

Dr. Beatriz Bustos, Universidad de Chile
Over the past 40 years Los Lagos region, Chile, has been transformed by the introduction and expansion of the salmon industry.  Salmon – a non-native species – has transformed ecosystems, communities and economies, and its effects are being imprinted in the landscape and historical memory of people of the region. Recent protests and social unrest are showing the ongoing tensions arising from its expansion. Yet, while most maps show the expansion of production, there are not many portraying its impact on nature and people. This paper discusses the results of mapping the historical production of the salmon commodity region (1976-2016) from official data as well as through participatory mapping. We discuss the problems of map representation in the absence of public data within a context of increasing social mobilization. We argue that geographical representation of economic activities is also a tool for disciplining territories and people, and the absence of data is another way in which the state produces a territory.  It also reflects on the role of geographers and participatory mapping as a counter hegemonic device in a context of social mobilization and social mistrust in science and the state.