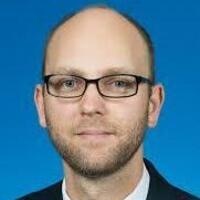 There is a great unanswered question at the center of historical writing on modern Iran: why did the position of the Persianate world in global affairs change so dramatically over the course of the 18th century? The Safavid Empire (1501-1722) was one of the great powers of the early modern world, yet unceremonious collapsed at the hands of a small band of Afghan warriors in 1722.  In the decades that followed, the crisis deepened as the Iranian plateau experienced a long period of tribal warfare and disorder.  In this lecture, I will argue that the 18th century in Iran is best understood as a period of profound ecological crisis. Recurring cycles of drought, famine, and plague, combined with the competitive hoarding of grain and its deployment for military ends, deepened and prolonged the global “Seventeenth Century Crisis” through the Eighteenth Century in Iran, resulting in demographic decline and undermining the resource base the ecology of empire depended on.

James M. Gustafson (Ph.D, University of Washington, 2010) is an Associate Professor of History, specializing in the modern Middle East.  Dr. Gustafson has published on the social and economic history of Qajar Iran (1795-1925) and modern Central Asia in the International Journal of Middle East Studies, Journal of the Economic and Social History of the Orient , Iranian Studies, and Encyclopaedia Iranica.  His first book, Kirman and the Qajar Empire: Local Dimensions of Modernity in Iran, 1794-1914, was published by Routledge Press in 2015.  Dr. Gustafson also serves on the Association for Iranian Studies Council and was a two-term President of the Midwest Association for Middle East and Islamic Studies (2012-16).   His current book project, The Lion and the Sun, is an environmental history of Iran covering the decline of the Safavid Empire through the long nineteenth century, with an emphasis on the relationship between global climate change and the ecological functions of empire.