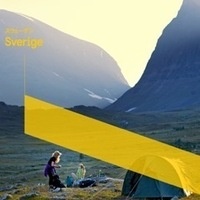 "In Small Things Designed: Value, Form, and the Everyday World in Sweden"

In this presentation Dr. Murphy will discuss several different attempts to use design to render Sweden and Swedish values in mundane forms. He will start with an analysis of how design — especially furniture design and industrial design — and social democratic politics are complexly linked in Sweden. He will then turn to explore this process as it has played out in the design of typography, that is, fonts and typefaces. In particular he’ll examine how the Swedish cultural concept of “lagom”—just enough, sufficient, balanced—mediates relations between the details of typographic form and function, on the one hand, and a broader set of moralized principles (of, for example, rationality and equity) that both reflect and order contemporary Swedish society, on the other. In particular he’ll focus on the font Sweden Sans, which was commissioned in 2014 by the Swedish state for use in documentation by government agencies and ministries. The designers of Sweden Sans have described it as “the lagom typeface,” due to its contextual flexibility and demure formal geometry. His analysis will focus on how the minute qualities of these specific typefaces are meticulously wrought (by designers) and dismantled (by consumers) through a framework that evaluates their status as icons of Sweden and Swedish values, which has the effect of ambiently “formalizing” Sweden in everyday objects.

Sponsored by: Department of Anthropology, Center for European Studies