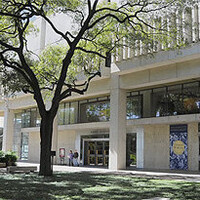 James Dee on Heroes of the Intellect: Unbelief and Enlightenment Values across the Ages

Religious beliefs have been questioned and opposed for centuries, from the pre-Socratics of ancient Hellas to the rise of science and the humanistic values of the Enlightenment—often said to be in decline today. This talk will summarize the ideas of a surprisingly large group of Hellenic skeptics and atheists, briefly survey some heresies of late antiquity and the Middle Ages, and explore the anti-theological implications of the Scientific Revolution and the emergence of historical-critical biblical studies. Along the way, we will encounter a powerful argument built on sand, an extremely dangerous book that never was, a Christian who was willing to “spit in God's face,” a decapitated gravestone in London, and a touch of “cosmological vertigo.”

James Dee received his A.B. in Comparative Literature (Honors) from the University of Rochester and his Ph.D. in Classics from the University of Texas. He was on the faculty of the Classics Department at the University of Illinois at Chicago from 1972 to 1999, serving as department chair for eight years. His current status is Visiting Researcher-Scholar in Classics. He has held two National Endowment for the Humanities Fellowships for Research and has published nine reference works (six in Homeric studies), along with three dozen articles and reviews.