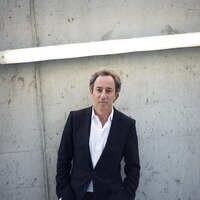 Join The University of Texas School of Architecture with Michael Kimmelman, of the New York Times, New York, for a lecture on “Rewriting Architecture” live-streamed on the Texas Architecture YouTube channel

Michael Kimmelman is the longtime architecture critic of The New York Times. He is a bestselling author, teaches at Columbia University's school of architecture, and is the founder and editor-at-large of Headway, a new nonprofit initiative at The Times that will address large-scale global and national challenges. As a critic and advocate, Kimmelman's function is to translate architecture for a broad public and to argue for its central importance in public debates around the environment, social justice, technology, and culture. In his lecture, he will talk about his own path toward writing about the built world, the public square, and the crucial role of design in shaping a better future.