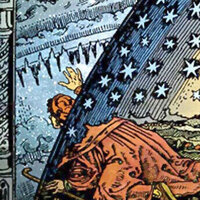 Jonathan Coopersmith, “Creative *Con*struction: The Importance of Fraud, Fear and Froth in Emerging Technologies” (History and Philosophy of Science talks)

One of the great American lies is “Build a better mousetrap and the world will beat a path to your door.” In reality, in turning emerging technologies into reality, in developing and then diffusing a technology commercially, the idea is only the first—and often easiest—step in a long, uncertain and costly path. To get the world—or even a small subsection—interested in your mousetrap required generating excitement, enthusiasm, greed, fear, and perceived opportunity. This talk examines the historical evolution of the supporting ecosystem in Britain and the United States of promoters, regulators (often one step behind the promoters), publicists, analysts, market researchers, experts, journalists, lawyers, marketeers, sales agents, and others who tried to stimulate attention and commitment to an emerging technology.

Jonathan Coopersmith has taught the history of technology at Texas A&M University since the last century. His previous work on Russian electrification, communication technologies and pornography, and the fax machine have spurred his current work on failure and emerging technologies. He is part of the “To Boldly Preserve: Archiving the Next Half-Century of Spaceflight” effort.

This event is part of the History and Philosophy of Science weekly talk series.