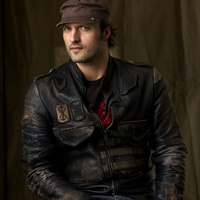 Join KLRU in Studio 6A as Evan Smith interviews Robert Rodriguez. Tickets are free but an RSVP is required.

Rodriguez is an innovative director whose latest film ALITA: BATTLE ANGEL will be released this month.

Doors for KLRU members open at 2:15pm, doors for general admission open at 2:45pm. Interview runs from 3:15 - 4pm. Entrance is based on capacity.

KLRU is located in CMB at the corner of Guadalupe and 26th (Dean Keeton). Audience entrance is up the stairs from street level on the plaza.