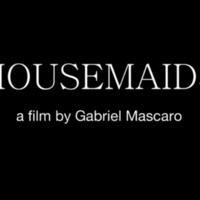 Brazilian filmmaker Gabriel Mascaro visits campus for a screening of his documentary film "Doméstica" (Housemaids), followed by a Q&A. View a trailer here: http://pt.gabrielmascaro.com/Domestica. A guest of the Latin American Filmmakers Series, Mascaro will also be present at a screening of his film "Ventos de Agosto" (Winds of August), co-sponsored by the Austin Film Society (see http://bit.ly/1y6sXgj).

Mascaro will participate in a book talk by Associate Professor Sônia Roncador (Department of Spanish and Portuguese) on her book "Domestic Servants in Literature and Testimony in Brazil," which takes place Thursday, Nov. 13, at 4 p.m., at the Benson Latin American Collection (SRH 1.208). See http://bit.ly/1nZtpK1.

Co-sponsored by the Department of Spanish and Portuguese and the LLILAS Brazil Center.