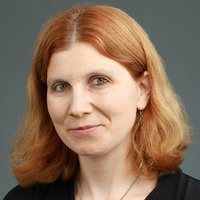 Lost and Found and Lost: Forgetting the Torah in Rabbinic Judaism

Register to attend this event here.

The idea that the Torah was collectively forgotten in the past, or is destined to be forgotten in the future, is a recurring trope in the rabbinic literature of late antiquity. The talk explores the origins of this idea as well as its development and various uses in rabbinic literature. It proposes that the rabbis' engagement with the notion that the Torah is not eternal, but rather bound to be lost, offers a prism through which we can learn both of the rabbis' perception of history, and of their changing perceptions of their own role in history.

Mira Balberg received her PhD from Stanford University in 2011. She is a scholar of ancient Mediterranean religious history, with a focus on the emergence and development of Judaism in antiquity (200 BCE–500 CE). She is especially interested in the cultural contacts of Jews with their surrounding communities and with the imperial forces that shaped the Middle East in the Hellenistic and Roman periods. Her main specialty is Judaism in Roman Syria-Palestine in late antiquity, and particularly the development of rabbinic Judaism in this period. She mainly studies the ways in which the Jewish Literature composed in the Hellenistic and Roman era interprets and transforms biblical institutions, concepts, and values, often through dialogue and interaction with Greek, Roman, and early Christian cultures.