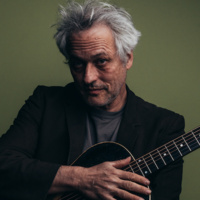 Marc Ribot, one of the great eclectic, electric guitarists, has released more than 25 albums under his own name over a 40-year career, exploring everything from the pioneering jazz of Albert Ayler with his group Spiritual Unity, to the Cuban son of Arsenio Rodríguez producing two critically acclaimed releases under Marc Ribot Y Los Cubanos Postizos, and his critically acclaimed release Silent Movies, which was described by the Village Voice as a “down-in- mouth-near masterpiece.”

Opening with a solo set, this show features a screening of Charlie Chaplin’s classic film, The Kid, with a live score provided by Marc Ribot. Ribot’s delicate and at times haunting solo guitar score to The Kid contemporizes this film, which remains a relevant story about our current economic and social conditions.