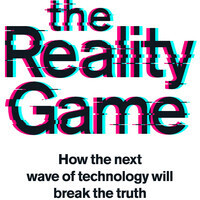 Media Ethics Speaker Series: The Next Wave of Disinformation

Online disinformation stormed our political process in 2016 and has only worsened since. Yet as Samuel Woolley shows in his new book The Reality Game, it may pale in comparison to what’s to come: humanlike automated voice systems, machine learning, “deepfake” AI-edited videos and images, interactive memes, virtual reality, and more. These technologies have the power not just to manipulate our politics, but to make us doubt our eyes and ears and even feelings. Woolley describes the profound impact these technologies will have on our lives with an eye towards how each new invention built without regard for its consequences edges us further into this digital authoritarianism. In response, Woolley argues for a new culture of innovation--one built around accountability and transparency.

Dr. Samuel Woolley is an Assistant Professor in the School of Journalism at the University of Texas at Austin. As the Program Director of Propaganda Research at the Center for Media Engagement, he studies how automated online tools such as bots and algorithms are used to enable both democracy and civic control. Woolley’s latest book, The Reality Game: How the Next Wave of Technology Will Break the Truth (PublicAffairs), came out in January 2020. His academic work has appeared in a number of peer-reviewed journals and edited volumes. He has published work on politics and social media in venues including Wired, Motherboard, TechCrunch, Slate, the Guardian, and the Atlantic.