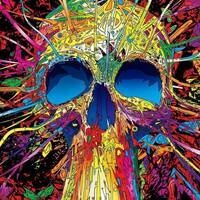 Former Blackhawk pilot Ian Benouis will share his experiences of war, the pharmaceutical industry, using natural medicine and psychedelics to heal trauma, and his advocacy for more sensible drug policy.

Ian Benouis was a Blackhawk helicopter pilot in Operation Just Cause, the largest combat operation in US history focused directly on the War on Drugs.

After he left the army, he became a Pfizer representative, witnessing first-hand the unbridled rise of antidepressants and synthetic opioids.

In the years since, Ian has been healing himself and other veterans of war trauma using medicines and psychedelics from sacred plants known to Latin American traditions, and spiritual practice.

In 2016 Ian took six veterans with PTSD to Peru for a 10-day shaman-guided ritual using plant-based medicines, including the intense psychedelic ayahuasca. He later took some of them to Mexico for treatment with the psychedelics Ibogaine and 5-Meo-DMT. These journeys were filmed and released as the documentary Soldiers of the Vine.

Molotov Seminar hosts talks at UT by anyone, for anyone, on any topic. Add Molotov Seminar on facebook to get event invites; message to give a talk. Or sign up here.