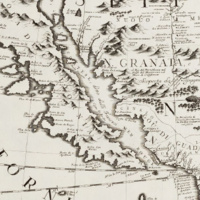 Panel: "New Spain and the Early Globalization of Knowledge"

This event will take place in person and will also be livestreamed via Facebook: New Spain.

The current reevaluation of the Iberian Indies’ role in the emergence of modern science and knowledge has drastically changed conventional historical narratives about the Spanish Conquest. No longer can we assume that Iberian Indies’ knowledge practices were some sort of relapse into medievalism, alien to the emerging new science traditionally associated with northern Europe. Similarly, the pervasive and active agency of Indigenous and African people in the development of early modern knowledge questions common assumptions of them as just "subalternized" victims, radically alien to early modern epistemic developments.

The first and most influential viceroyalty of the Indias Occidentales, New Spain, which reached the Caribbean islands and the Philippines, was one of the key centers of the first globalization, which followed the first planetary trade route: Manila-Acapulco-Lima-Veracruz-Seville. Ancient Mexico’s historical cultures transformed Europe’s epistemic traditions during the 16th century and beyond. These cultures also incorporated European knowledge into their own epistemic frameworks. Exploring the dual role of Indigenous cultures as both purveyors of alternative epistemic forms to Western empiricism and as key players in the evolution of modern science is one of our aims.

The 500-year commemoration of the tragic beginnings of New Spain, in 1521, presents us with a timely opportunity to further analyze the complex and uneasy translations of knowledge among cultures that accompanied the emergence of modern forms of knowledge in colonial Mexico. The aim of this conversation is to link the many simultaneous histories of early modern knowledge that were taking place simultaneously to overcome the reductionist view of modern knowledge in terms of metropolitan "self" versus colonial "other."

Free and open to the public. To RSVP, receive event updates, or view the livestream via Facebook, visit New Spain.