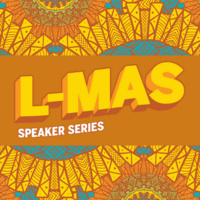 Efraín Gutiérrez was born on the Westside of San Antonio and his first feature, Please, Don’t Bury Me Alive!/¡Por Favor, No Me Entierren Vivo! (1976), is considered to be the first Chicano feature film. In 2014, it was added to the National Film Registry, a list of “culturally, historically, or aesthetically significant” films, selected for preservation by the Library of Congress. Gutiérrez’s other features from the 1970s include Amor Chicano Es Para Siempre/Chicano Love is Forever (1977) and Run, Tecato, Run (1979), and his work explores the struggles of working-class Chicanos in South Texas. Gutiérrez will talk about the resourcefulness it took to get these films made and what it was like for South Texas to see itself in movie theaters, on the big screen. Gutiérrez’s passion for storytelling and for his community promise to make this plática/talk something you won’t want to miss.

The conversation will be moderated by filmmaker and RTF Assistant Professor of Practice, Miguel Alvarez. The event is being co-sponsored by Mexican American and Latina/o Studies, the Department of Radio-Television-Film, the Latinx Pop Lab, and the UCLA Chicano Studies Research Center.