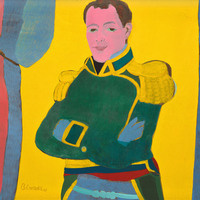 In the 1960s Pop art in the Americas took a turn to the dark side. Artists working in both the United States and Latin America increasingly manipulated Pop’s colorful and flashy representation of the familiar into a tool for social and political critique.

Juxtaposing works by American and Latin American artists in the Blanton’s collection, this exhibition explores how artists adopted Pop artistic language to voice a political conscience, often veiling messages within their art. Their work was at once easily accessible to viewers and, in the Latin American context, effectively camouflaged from government censorship. Notably, all of these artists embraced a return to figurative art, often centering on the body as a vehicle for critical content.