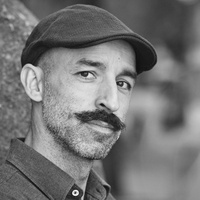 Presenting "Out in the Open"

Jesús Carrasco presents his award-winning debut novel Out in the Open (Riverhead Books, 2017) about a boy fleeing across an unnamed, drought-stricken country ruled by unspeakable violence.

“Bleak and beautiful debut novel… I found myself awake in the early morning hours reading about the trials of the characters in their merciless world… Carrasco’s incredibly clean, crisp language (as translated by Margaret Jull Costa), and his precise, deliberate exclusions.” —New York Times Book Review

An event open to the public. Sponsored by the Department of Spanish and Portuguese and SPAIN arts & culture, and conducted by Pterodáctilo.