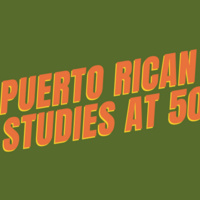 Puerto Rican Studies at 50: Engaging the Past and Building the Future of U.S. Ethnic Studies

This year marks half a century of ethnic studies as an intellectual and activist project in U.S. colleges and universities. Born out of the radical student struggle launched by the Third World Liberation Front and Black Student Union for greater campus and curricular diversity, 2019 marks the fiftieth anniversary of the establishment of the College of Ethnic Studies at San Francisco State University (SFSU). The student activism that shut down the SFSU campus coalesced with and influenced other movements for community control over educational resources around the country. In New York City, students attending the City University of New York (CUNY) fought for accessible, quality education that reflected their experiences and concerns. This resulted in the creation of Puerto Rican Studies departments and programs at a number of CUNY campuses in the fall of 1969 with schools throughout the Northeast and mid-Atlantic following shortly after.

This event is being hosted by Latino Studies at UT.