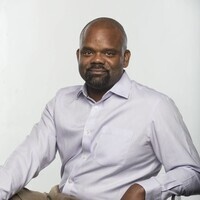 White Redemption in Film and Media: A Lecture and Q&A with David Ikard

David Ikard is Professor of African American and Diaspora Studies at Vanderbilt University. His most recent book, Lovable Racists, Magical Negroes, and White Messiahs (2017), analyzes narratives of white redemption in films, journalism and political campaigns.  His research and teaching interests include African American Literature, black feminist criticism, hip hop culture, black masculinity and whiteness studies.  He is the author or co-author of three other books, including Breaking The Silence: Toward a Black Male Feminist Criticism (2007); Nation of Cowards: Black Activism in Barack Obama's Post-Racial America (2012), and Blinded by the Whites: Why Race Still Matters in 21st-Century America (2013).