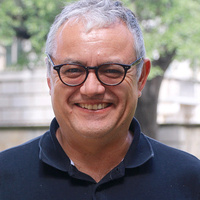 The 16th century witnessed massive demographic, ecological, political, and social transformations in the Americas. The trope of top-down Conquest, however, has obscured the role of bottom-up participation driving most of these revolutionary changes. This paper focuses on the contingent and unscripted role of indigenous commoners in eliciting revolutionary change as factional elite conflict unwittingly drove them to participate as allies, informants, witnesses, petitioners, and co-litigants. An extraordinarily weak state gained legitimacy in factional corporate conflict. Lay and ecclesiastical bureaucracies haphazardly grew to petition, secure and litigate corporate rights. As new corporate groups emerged to counter those that had recently surfaced and that threatened dominance and “tyranny,”   petitioning, litigation and paperwork relentlessly expanded.  Indigenous commoners found in these spaces of corporate conflict not only fleeting allies but also, unwittingly, room to enact sweeping institutional change.  Take for example slavery. The slaving frontier ruthlessly grew all over the continent in the wake of the conquest, involving governors, caciques, friars, and oidores. Yet by the 1550s, the age-old institution was both outlawed and disappeared from indigenous communities in Mexico and Peru.  This paper traces the unintended growth of abolitionism in the New World as indigenous slaves gained access to lay and ecclesiastic courts originally created to limit the power of conquistadors and encomenderos. Lay and ecclesiastical visitas and residencias empowered magistrates to emancipate indigenous slaves who testified against caciques and encomenderos. These continent-wide processes not only set slaves free but also helped undermine the theological and conceptual underpinnings of slavery itself. Slavery, however, was just one of many institutions transformed. The paper suggests that corporate factional conflict constantly created  political openings for indigenous commoners. Commoners found in elite competition and in the mercantile dynamism of “Spanish” cities an opportunity to transform institutions originally created to exploit them, including reducciones and repartimiento, even the infamous Potosi mita. The widespread constitutional mobilization against “tyranny” (the dominance of a corporate faction over the others) via petitioning and paperwork lend the empire legitimacy; it also created political openings for indigenous commoners at every turn.

Dr. Jorge Cañizares-Esguerra is the Alice Drysdale Sheﬃeld Professor of History at the University of Texas at Austin. His most recent publications include Entangled Empires: The Anglo-Iberian Atlantic, 1500-1830 (University of Pennsylvania Press, 2018), Encounters between Jesuits and Protestants in Asia and the Americas (Brill, 2018), and “On Ignored Global Scientiﬁc Revolutions” (Journal of Early Modern History, 2017). He is a Fellow at the Institute for Historical Studies in 2019-20.

Free and open to the public. RSVP required by Sep. 13, at 10am, to cmeador@austin.utexas.edu . Light lunch provided to all who RSVP. The Institute for Historical Studies is committed to sustainable practices and minimizing waste. To that end, we ask that you inform us in your RSVP if you will not require lunch. In addition, we have eliminated all bottled water and encourage attendees to bring their own reusable canteens to fill at Garrion's first-floor bottle-refilling station.