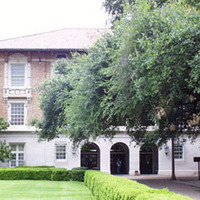 Sexual Health and Revolutionary Potential: The Case of Vladimir Bekhterev’s Research on Workers and Children in the Soviet Twenties

At the end of the nineteenth century and beginning of the twentieth, enthusiasm for the potential of biological research to solve social problems permeated scientific debates in Europe. Simultaneously, hubris inspired by scientific progress lead intellectuals and pseudo-scientists to rhapsodize about the possibility of conquering death. One scientist, and sometime visionary, who engaged with these ideas in Russia was neurologist Vladimir Bekhterev—he was also the leading proponent of eugenics in the field of psychology. As is well known, eugenic theories of social hygiene were integrally connected with ambitions to increase human longevity, but in revolutionary Russia, these ambitions became particularly influential. Central to my research are two entities Bekhterev set up in 1918 and 1919, respectively: The Institute for the Study of the Brain; and the Commission on the Sexual Upbringing and Enlightenment of Children. At the Institute, he created laboratories to study worker health in the factory using insights from medical anthropology and his own discipline of “reflexology”. The foundation of both institutions was supported by the Soviet government, and Bekhterev also enjoyed the personal support of Leningrad party boss Grigory Zinoviev throughout the 1920s. Child psychology and education were viewed as equally important to the Bolsheviks. The minutes of Bektherev’s commission reveal an interest in the moral hygiene of children, the impact of literacy on their sexual knowledge, and the dangers of “premature sexual awakening.” By merging the biological and the social, Bekhterev was able to create a channel through which to affect the mental states of the individual through actions on their physical being and vice versa, with healthy attitudes thought of as creating healthy bodies.