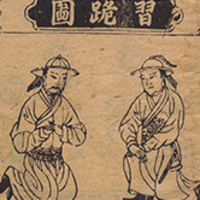 Christopher Atwood, University of Pennsylvania, will offer a paper titled "'Secularism' and 'Religion' in the Mongol Empire" with discussant Johan Elverskog, Southern Methodist University, as part of the Spring South Asia Seminar Series.

That European colonial empires created both religion and secularism is the conclusion of the much recent work in Religious Studies. This work has stressed heavily the contingent European roots of this secular and religious distinction; the Protestant distinction of inward faith and outward works, in its Weberian reading, has been taken as the necessary ground for the imperial distinction of religion (internal, holy, spiritual) and secularism (external, profane, corporal).  Yet, given the demonstrable administrative utility of the classification of populations into particular communities, and the inevitable negotiation between ruling and ruled populations of certain predictable boundaries of control and autonomy, might something analogous to the distinction of religion and secularity might have been drawn in previous empires?

The Mongol empire is a particularly advantageous site to investigate this possibility. The extent of the empire made the Mongols rulers over many communities that European colonial powers would later parcel out among "world religions": Buddhism, Christianity, Islam, Daoism, Judaism, Confucianism, and Bon. The empire was also famous for its policy of religious "tolerance" which involved some form of separation of spheres whereby individual members of the ruling classes could adhere to a religion, but only if such adherence did not influence governance. In Islamic areas, the distinction of the imperial jasaq or tore and indigenous shari’a created a seeming analogue of secular and religious law. In all of these ways, the Mongol Empire seems to present an example of another wave of "secularism and religion-making" that offers fruitful field comparison with the more familiar wave that began in the eighteenth and nineteenth centuries.

The seminar series theme is "'Peace with All (Sulh-i Kull) Religions': Indo Persian Political Theology and Cosmopolitanism," convened by Azfar Moin, Religious Studies. A light reception will precede the event at 3pm.

This talk is FREE! and open to the public.