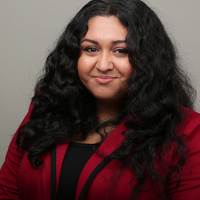 Over the last few years, Maria has pored over documents, newspapers, diaries, and ledgers—at the Briscoe Center and at archives across the Americas—searching for clues that point to a striking hidden history: the Texas-Mexico Underground Railroad between 1793 and 1868. The story she has unearthed shows how many black Americans saw Mexico as a safe haven and land of freedom that they hoped to escape to. Their journeys were sometimes successful but always fraught with danger. Featuring documents from the Briscoe Center’s Texas and Southern collections, Maria will highlight her research, her experiences as the Briscoe Fellow at the center, and her craft as a historian who reconstructs enslaved and free black movement from the United States to Mexico during the long nineteenth century.

Maria Esther Hammack is the recipient of the 2018–19 Briscoe Fellowship and a doctoral candidate at The University of Texas at Austin. Her dissertation, under the direction of UT History Professor Daina Ramey Berry, is titled “South of Slavery: Enslaved and Free Black Movement in a Global Frontier, Mexico, the United States, and Beyond, 1793–1868.” Trained as a social historian, Maria emphasizes the experiences of runaway slaves, enslaved women/indentured servants, Black Seminole refugees, smuggled slaves, and free blacks who took solace in leaving the United States to live in a “free” Mexico. This work also explores Mexico’s antislavery and abolitionist efforts through an in-depth examination of Mexican congressional, governmental, and diplomatic records from its early period of independence to the official abolition of slavery in 1829.