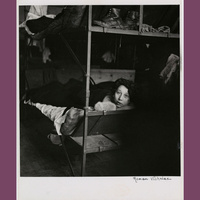 If you would like a lunch, please RSVP to scjs@austin.utexas.edu by Wednesday, November 21.

In the early morning of October 28th, 1938, Berlin’s police force raided flats and streets to arrest, and then expel, over 1,500 Jewish locals. Targeted for their Polish, and not German, nationalities, these arrestees—which eventually numbered 8,000 across the German Reich—were transported to Poland’s border, across which they marched, under duress, to the town of Zbaczyn (Bentschen, in German). Shoveled into detention camps and thus internment, they became stranded here for nearly ten months. This Polenaktion (or, “Polish Action”) marked a new phase of radicalised persecution by the Nazis.

The lecture, Berlin Jews – Enemy Aliens, will texture this trauma across four foci, drawing from: 1) the Polenaktion’s general background; 2) the personal experiences of victims; 3) the reactions of German Jewish institutions to the Polenaktion; and 4) on the compellingly uplifting story behind a Zbacyzn photograph taken by Roman Vishniac in November 1938, which managed to save a young life.

Dr. Chana Schütz studied art history and history across a sundry of locales: in Berlin, Jerusalem, and finally, in Bonn, where she earned her doctorate in 1988 (the University of Bonn). A curator and project director, she has conceived and supervised several exhibitions on German-Jewish art and history—work she presently furthers as Deputy Director of Berlin’s New Synagogue - Centrum Judaicum Foundation.  Dr. Schütz was a visiting scholar at the Schustermann Center in both 2016 and 2017.

Click here to read more about the current exhibition "Expelled! Berlin October 28, 1938" at the Centrum Judaicum in Berlin.