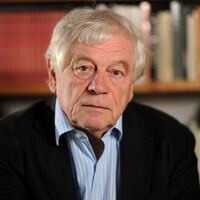 Even 70 years after the Holocaust, Jewish institutions in Germany remain under police protection. For several years there have also been debates as to whether hostility toward Jews presents a new challenge within the country’s Muslim community. A “new antisemitism” is regularly uncovered, with the media regularly reporting that animosity against Jews appears to be on the rise. Crimes targeting the Jewish community cause a public uproar: Politicians condemn the offenses, journalists warn, Jewish communities sound the alarm. Despite this response, the fact is that antisemitism in Germany is prohibited like nowhere else. Indeed, research has not shown an increase in antisemitism, but rather a heightened awareness. This talk seeks to explain the complicated interaction between Jews and non-Jews in Germany.

Sponsored by: Schusterman Center for Jewish Studies and Department of Germanic Studies