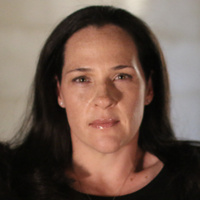 "American Sherlock: Murder, Forensics and the Birth of American CSI"

Space is limited, register today to reserve your spot!

Texas Exes, a non-profit organization, is excited to bring the series to you free of charge. If you can, please consider making a donation of $10 when registering to help us continue to engage alumni and students across the globe.

The virtual event link will be sent to registered attendees the week of the lecture.

With almost 25 years in television news, Kate Winkler Dawson has worked as a field producer, line producer, and writer for some of the top news organizations in the country.

Her career started in Austin as an editor and associate producer at KVUE and then as a producer at KEYE. While earning her BS in broadcast journalism at Boston University, Dawson worked as a freelance political field producer for WLVI in Boston and was instrumental in their coverage of the 1996 New Hampshire presidential primaries. Dawson holds an MS degree in journalism from Columbia University and was on the faculty at Fordham University's journalism school in New York for two years, where she was the faculty advisor for one of the student newspapers.

Dawson has taught at UT in the broadcast journalism department for almost nine years. Before that she was on the faculty at Marymount College at Fordham University in Tarrytown, New York. At Fordham, she supervised one of the campus newspapers while teaching journalism and English literature courses. For three years she was the faculty advisor for the new ABC News on Campus, a digital news bureau for college students, at The University of Texas.

Dawson wrote the book "The Digital Reporter" released in 2014 by Kendall Hunt Publishing. She published her debut nonfiction narrative in 2017. Titled "Death in the Air: The True Story of a Serial Killer, London's Great Smog and the Strangling of a City," it was optioned for television development. Her next book, "American Sherlock: Murder, Forensics and the Birth of American CSI," was published by Penguin Random House in 2020.