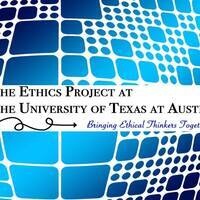 One typical definition of "schadenfreude" is  “a feeling of enjoyment that comes from seeing or hearing about the troubles of other people.”  The word definitely picks out a distinctive moral emotion. In this paper, I set out to do four things.  My first aim in this paper is to provide an account of what schadenfreude is in such a way as to distinguish it from other moral emotions.  The second is to come up with success or aptness conditions for schadenfreude, and the third is to address the question that has preoccupied most recent philosophical literature on schadenfreude, "is it morally bad in some way to feel it?"  My answer to the later question is "it depends," but it depends on what position one takes on a substantive philosophical issue -- is a person's misfortune something that is always intrinsically bad? Lastly, I attempt to sketch a view in which moral emotions like schadenfreude can (but need not) can be more or less reasonable on the basis of coherence with other warranted emotions.

Julia Driver is Professor of Philosophy at The University of Texas at Austin. She received her Ph.D. in Philosophy from Johns Hopkins University. She works in normative ethics, metaethics, moral psychology, and the history of Sentimentalism, especially with respect to the work of David Hume.  She is the author of three books: Uneasy Virtue, Ethics: the Fundamentals, and Consequentialism.  Her articles have appeared in journals such as the Journal of Philosophy, Nous, Philosophy & Phenomenological Research, Hypatia, Philosophy, Philosophical Studies, and the Australasian Journal of Philosophy.  She has received an NEH Fellowship, a Young Scholar's Award from Cornell's Program in Ethics and Public Life, a Laurence Rockefeller Fellowship at Princeton's Center for Human Values, a Visiting Fellowship from the Australian National University, an H.L.A. Hart Fellowship at Oxford University, and the Harsanyi Fellowship from the Australian National University.  She is currently Vice-President, and President-Elect, of the Central Division of the American Philosophical Association.

The Ethics Project is a university-wide initiative bringing together teaching, research, outreach, and service to respond to ethical dilemmas in business, clinical professions, education, and government. The Project is the outgrowth of six years of faculty, staff, and student discussions of ethical challenges and how the University of Texas at Austin could prepare students to meet them.

All Departments, College of Liberal Arts