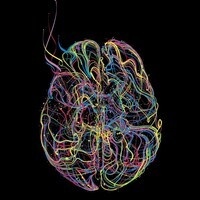 The Oskar Fischer Lecture Series, led by University of Texas at Austin's Mulva Clinic for the Neurosciences, is a campus-wide series featuring invited scholars working at the vanguard of new ideas on the mechanisms, diagnosis, and treatment of dementing illnesses.

Tony Wyss-Coray, Ph.D., D.H. Chen Distinguished Professor of Neurology and Neurological Sciences at Stanford University, is the Co-Director of the Stanford Alzheimer’s Disease Research Center, and Senior Research Career Scientist at the Palo Alto VA. His lab studies brain aging and neurodegeneration with a focus on age-related cognitive decline and Alzheimer’s disease. The Wyss-Coray research team discovered that circulatory blood factors can modulate brain structure and function and factors from young organisms can rejuvenate old brains. These findings were voted 2nd place Breakthrough of the Year in 2014 by Science Magazine and presented in talks at Global TED, the World Economic Forum, and Google Zeitgeist. Current studies focus on the molecular basis of the systemic communication with the brain by employing a combination of genetic, cell biology, and –omics approaches in killifish, mice, and humans and through the development of bio-orthogonal tools for the in vivo labeling of proteins. Wyss-Coray is the co-founder of Alkahest, a company developing plasma-based therapies to counter age-related diseases such as Alzheimer’s; he is also the recipient of an NIH Director’s Pioneer Award, a Zenith Award from the Alzheimer’s Association, a NOMIS Foundation Award, an inventor on multiple patents, and was selected by TIME Magazine to “The Health Care 50” as one of the most influential people transforming healthcare in 2018.